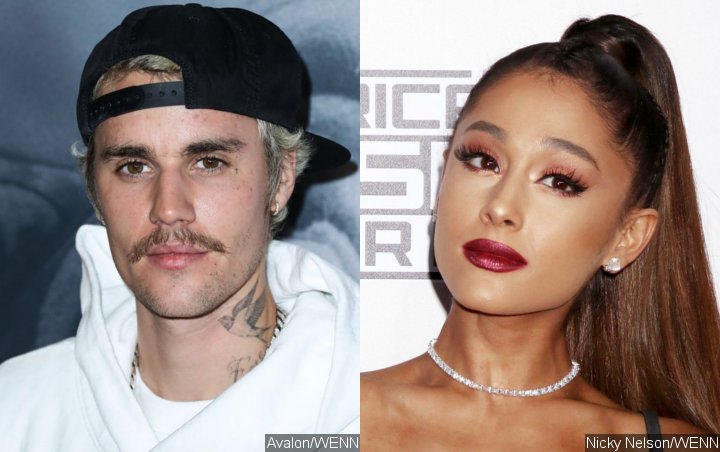 In a new interview, the Canadian superstar admits taking the stage alongside the ‘Thank U, Next’ singer at Coachella last year pushed him to end his music hiatus.

AceShowbiz – Justin Bieber was inspired to make his return to music after making an appearance during Ariana Grande‘s Coachella set.

The “Baby” hitmaker credits taking the stage alongside the pop star last year for pushing him to end his hiatus, revealing he initially struggled with anxiety over how his new material would be received.

“I was dealing with a lot of fear, a lot of just… was afraid of, at that point, just even the process,” he tells Beats 1 with Zane Lowe. “What am I going to talk about again? Is it going to be received? I’m starting to compare with other artists.”

He added, “I think when I went on stage with Ariana Grande, I seen the reaction of how people reacted when I went on the stage (sic). It was like, ‘Okay.’ She gave me kind of a boost of confidence and reminded me because it’d been so long since I’d been on stage. Just kind of reminded me… ‘Oh, this is what I do. This is what I’m good at.’ And I don’t need to run away from it.”

The experience taught the singer to face his fears head on rather than let them stop him.

“I was running away,” he shares. “I think a lot of us need to take that when something’s hard. It’s almost like we need to run towards the pain and run towards the hurt rather than run away from it. I think you get kind of healing when it comes to that.”